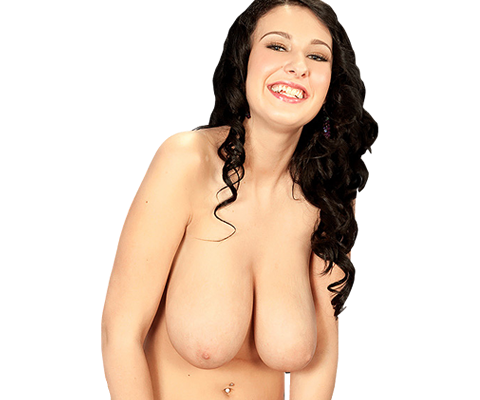 4.0/5 Stars
Featuring: Farrah and Tony Rubino
Date: March 19th, 2021
Duration: 20:39
How did someone built like Farrah "36HH" Vancock escape detection for so long by the boob radar system installed at SCORE? Farrah has fantastic, massive jugs made for sucking. She likes her men to be foot fetishists and breast worshippers. She says she has a tit fetish and expects any guy who's interested in her to be crazy over tits also. She thought it would be hot to role-play as the sexy maid that shows up at a house with her tits spilling out of her too-tight bra. She drives Tony insane while she dusts and towers over him, and this is a guy who's seen more pussy than a Beverly Hills gynecologist. He pitches a tent-pole while watching Farrah, and soon she's on her tummy on the couch, tits on his thigh, swallowing his beef. This is really a terrific maid service Tony has found. Tony fucks Farrah's pussy and pounds away. This babe's a lotto winner, as in a lotto tits. Sadly enough, she only did two fuck scenes.

What Members are saying about this update...

Score is THE place to fuck dozens of black beauties!!! Thank you, I love it!!! 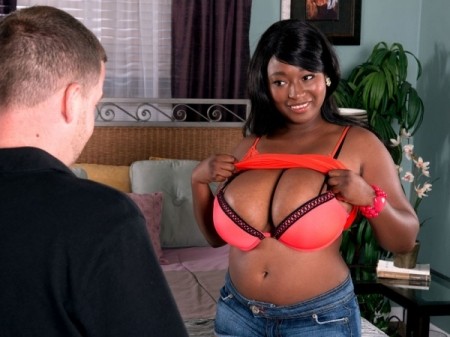 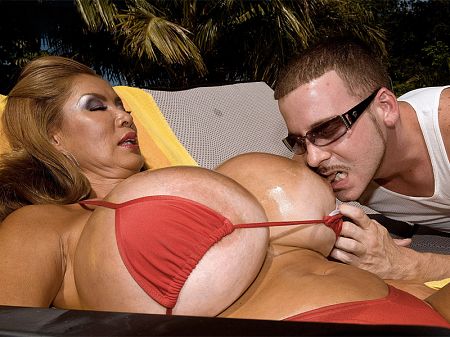 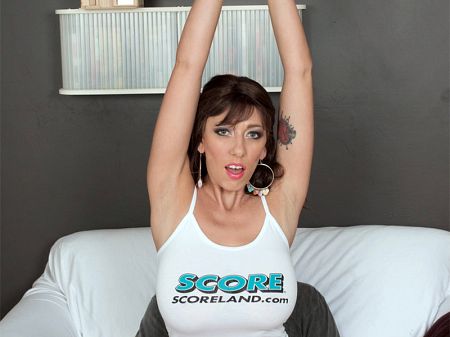 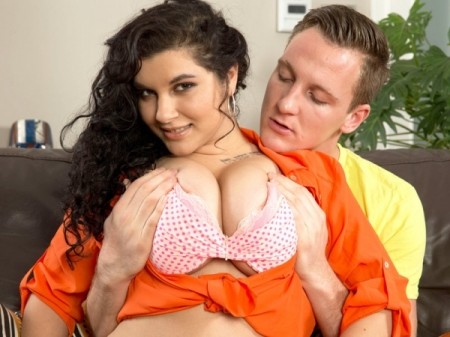 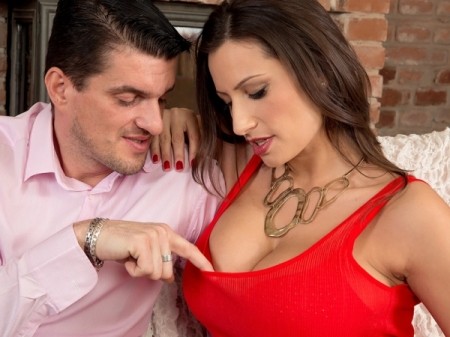 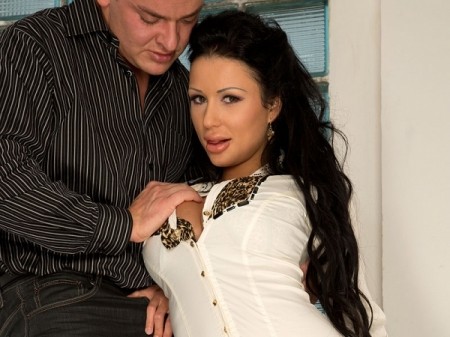